Inspired by the Disney Channel smash hit movie, High School Musical is now playing at ARIEL, Fridays and Saturdays, through October 19. When two unsuspecting students discover each other and the talents they have been hiding they rely on their classmates to help them step out of their cliques and step up to new challenges. Join our teen cast as they sing their way from the East High cafeteria to the basketball court and everywhere in between. Whether they are shooting baskets, crunching numbers or standing in the spotlight, the Wildcats learn that they’re “all in this together.” Teens from local schools including Everett Alvarez, Marina, North Monterey County, Ocean Grove, Rancho San Juan, Salinas, Santa Catalina, Soledad and York join forces for this family friendly show. 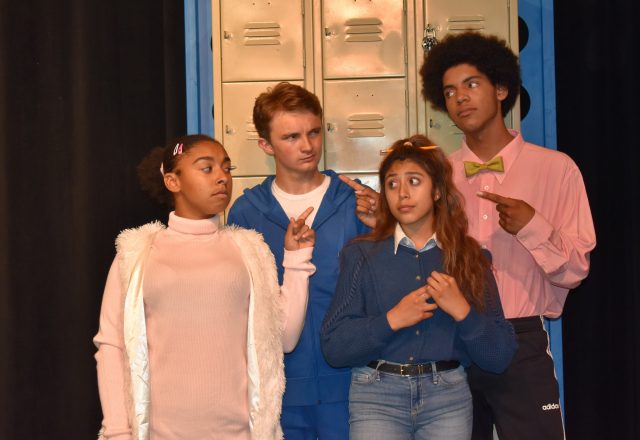